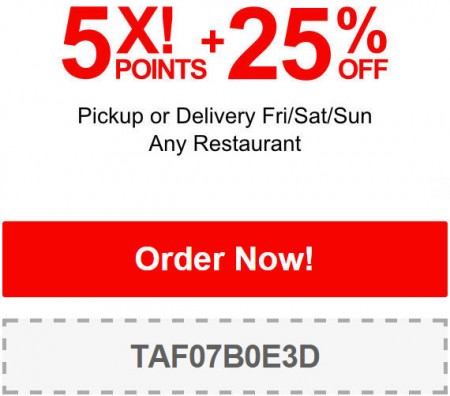 TasteAway.com is offering an extra 25% off + 5Xpoints on any restaurant pickup or delivery order when you enter the promo code TAF07B0E3D at checkout! The code is valid on any order paid online by credit or debit until Sunday, February 1, 2015 at 11:59 PM. The offer is valid once per day per customer. There’s no order minimum with a maximum discount of $25.

I’ve been using TasteAway a lot lately and highly recommend the site.  There’s lots of great restaurants to choose from (Ie. Pizza, Chinese, Sushi, Thai, Indian, Greek, Wings and much more). If you don’t see a lot of restaurants near you, try broadening your search cause there’s a lot of great restaurants around the downtown area. You’ll even find my family owned Golden Inn Restaurant in Chinatown on TasteAway!

What is TasteAway?
TasteAway is the easy way to order online from local restaurants for Delivery or Takeout without or order confusion. Order Pizza, Chinese, Sushi, Thai, Indian and more.

Search, Order, Eat!
Build your perfect customized meal and order it online. They’ll beam it to the restaurant and send you an order confirmation by email.

It’s 100% Free, No Fees!
No fees or marked-up menu prices. Pay online with Credit or Debit, or directly to the restaurant with cash.

Click here to place an order on TasteAway now or for more details. 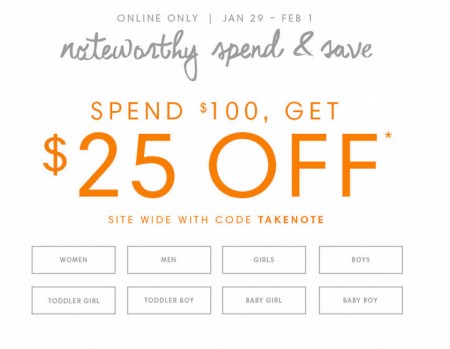 Spend $100 or more at JoeFresh.com this weekend and get $25 off sitewide when you enter the promo code TAKENOTE at checkout. This offer is available online only from January 29 – February 1, 2015.

Click here to shop Joe Fresh online now or for more details about the sale. Save 15% off one regular-priced item at Indigo.ca! Enter the promo code 15OFFWEEKENDS at checkout to save on regular priced toys, home décor, fashion accessories, paper & more! The offer is valid this weekend online only, January 31 – February 1, 2015. Books and electronics are excluded.

Click here to shop Chapters Indigo online now or for more details about this sale. 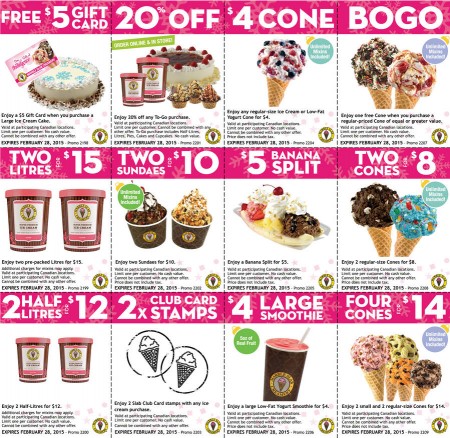 There’s 12 coupons in total. Here’s a sample of some of the coupons:

If you haven’t been to Marble Slab lately, they now offer unlimited mix-ins for one price.

Click here to find a Marble Slab Creamery store near you. 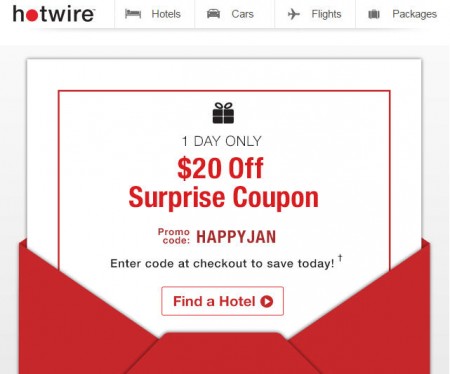 Hotwire.com just emailed me a 1-day only promo code today. Enter the promo code HAPPYJAN at checkout and save an extra $20US off any $100 minimum hotel booking. You must book by Friday, January 30, 2015 at 11:59pm PST for travel anytime. I’ve tested the code and can verify that it works.

Click here to book a hotel on Hotwire.com now. 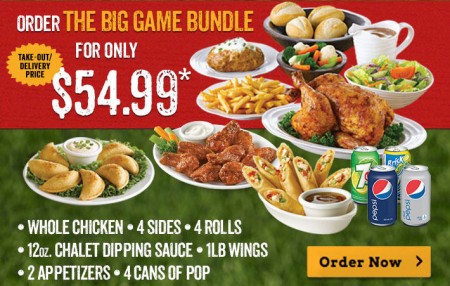 This is a limited time offer and is available for take-out or delivery only.

Click here to order online or for more details about this offer. 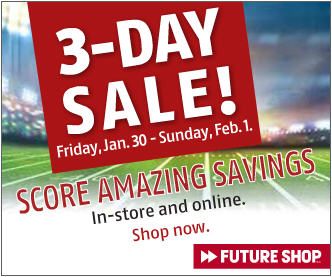 Future Shop is having a 3 Day Sale! The sale is available in-stores and online from Friday, January 30 to Sunday, February 1, 2015.

Sport Chek is having a 30% to 50% Off select Winter Jacket & Pant Clearance! This is a limited time offer while supplies last.

I browsed around and there’s a good selection of men’s, women’s, boys, and girls jackets & pants available.

Click here to shop Sport Chek online now or for more details about the sale.

Lids.ca is offering 25% off orders of $39 or more sitewide! You’ll need to enter the promo code SAVE25 at checkout to get the discount. The sale is available online only at Lids.ca from January 28-30, 2015.

Lids.ca is the #1 online destination for hats–all teams, all styles, all brands.

Click here to shop Lids.ca or for more details.

I’ve wanted one of these for a long because of how cool it looks, but couldn’t justify the price tag. I finally bought one thanks to this sale.

Dyson Canada offers free shipping on all orders and free 2 or 5 year warranty. 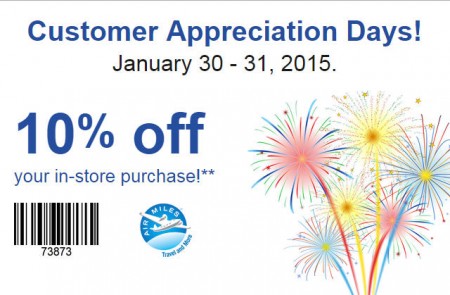 Save 10% off your entire in-store purchase at Staples during their Customer Appreciation Days Sale. The 2-day only sale takes place January 30-31, 2015.

You’ll need to print and present this coupon to the cashier at time of purchase.

Cannot be used toward the purchase of Saturday door crashers. Offer valid in-store only January 30 and 31, 2015. Not valid online or by phone. Cannot be combined with Associate discount or any other coupons/offers or used toward the purchase of postage stamps, computer rentals, self-serve copying, gift cards, dining/activities/getaway packages, phone cards, Bose products or prior purchases. Staples reserves the right to limit quantities. Coupon must be presented to cashier at time of purchase. Valid at Staples locations in Canada only.

Please read the fine print before you use the coupon as it excludes some items. The coupon is valid in-store only.

Click here to find a Staples store near you. 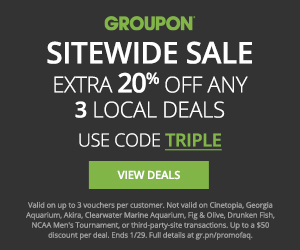 Groupon.com is offering an incredible extra 20% off promo code!

Save an extra 20% off any Local deal on Groupon when you enter the promotion code TRIPLE at checkout! The great thing about this code is it’s valid on up to 3 vouchers per customer (usually limit of 1 deal per person)! I’ve tested the code and can verify that it works. This is going to be a very popular offer so don’t miss out!

You can also save 10% Off one Goods deal and 10% off one Getaways deal using the same TRIPLE promo code.

This is a hot deal because most of the deals featured on Groupon is already discounted 50-95% off. You’ll find lots of amazing deals with the extra 20% off.

The promo code works on any local deal in any city in Canada or U.S. (Ie. restaurants, spas, events & activities, heath & beauty, automotive, home, etc…). It only excludes product deals and getaways deals. There’s a limit of 3 local Groupon deal per customer with a maximum discount of $50 per deal.

Hurry, only a limited amount of people can use the code so take advantage of the offer while it lasts!

Click here to shop on Groupon.com now or to view all the latest local deals near you.

Canada Deals Blog is proud to have a daily deals blog in the following 7 cities:

Each city blog features the hottest local deals, sales, coupons and freebies in each Canadian city. Check out your city’s blog and sign up for our e-newsletter so you never miss out on a hot deal!